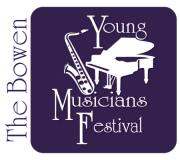 Click & Hover over the images for more details on each clinician.

Chuck Brumbaugh taught band, general music, theatre and musical theatre in Lyman Wyoming for 36 years. He is a graduate of the University of Wyoming. While teaching, Mr. Brumbaugh served as president of the Wyoming chapter of Phi Beta Mu bandmasters fraternity, The Wyoming Music Educators Southwest District President and the Wyoming Music Educators Band Vice President. He was selected as the Wyoming music educator of the year in 2017. He has been and is currently a member of the Evanston Civic Orchestra and Chorus. Mr. Brumbaugh and his wife Carrie have two adult children and one grandchild. In his retirement, Mr. Brumbaugh’s interests include hunting, reloading, ice fishing, ATVs, UW football, Corvettes and Nascar

Clarissa Olney Lunt is a strong viola player who is deeply invested in string pedagogy. Ms. Lunt has a bachelor's degree in Music Education from Brigham Young University - Idaho. Viola is her primary instrument and she has been playing for over 20 years. She has been teaching private violin, viola, and cello lessons from her home for over 10 years. Ms. Lunt has been teaching orchestra for over 10 years and her favorite age to teach is Junior High. She currently is the Orchestra, Choir, and Band teacher at Snowcrest Junior High in Eden, Utah. Music is not her only passion. Ms. Lunt is also a Black Belt with Ernie Reyes' West Coast World Martial Arts and a mother of two daughters. Ms. Lunt loves reading, swimming, camping, and playing board games with her family and friends.

Ryan North is the director of choirs at Bingham High School in South Jordan, Utah, where he oversees a large program consisting of six ensembles. He is also a member of the music faculty at Salt Lake Community College, where he teaches music theory and ear training. He holds degrees from UCLA and the University of Utah, and is a longtime member of both the American Guild of Organists and the American Choral Directors Association.

A solo pianist, champion collaborator, devoted teacher and adjudicator, Scott Holden’s dedication to the art and study of pianism is prevalent across the scope of his work. Holden debuted in Carnegie Hall after winning first prize in the 1996 Leschetizky New York Debut Piano Competition. He has performed in over forty states including at The Kennedy Center and Alice Tully Hall, throughout Europe, and in multiple Asian countries. He has been broadcast on NPR, NBC, CBC, as well as numerous local networks. His enthusiastic support of contemporary music has led to a variety of premieres, including William Wallace’s Second Piano Concerto with Keith Lockhart and the Utah Symphony. Recent concerts have brought him across the country ranging from Alaska to New York, as well as in China, Singapore, Vietnam, and Europe. Holden returned to Carnegie Hall to play a solo recital in 2018, featuring multiple world premieres included on his newest solo CD “the Unknown Galaxy.” His CD, Beyond Vernon Duke, was given the highest five-star rating. Holden has recorded for Parma, Bridge, Tantara and NAXOS Records. Holden’s students have been prizewinners in numerous competitions, including top prizes at MTNA and the Gina Bachauer. His students are regularly accepted to the leading graduate programs in the nation. He travels extensively to adjudicate and give master classes at festivals and pedagogy workshops and has contributed to various publications, including both volumes of “The Pianist’s Craft”. He frequently posts piano tutorial videos on his Youtube channel, “Piano Think.” Holden holds degrees from the University of Michigan (BM), The Juilliard School (MM), and The Manhattan School of Music (DMA). He studied at The Liszt Academy in Budapest as a Fulbright Scholar. He currently chairs the piano department at Brigham Young University and is a faculty member at Juilliard’s Summer Performing Arts with Juilliard in Geneva, Switzerland, where has taught since 2017.